The browser you are using no longer meets current requirements. Some functions of the website are therefore not available to you. In order to be able to use the site completely, please use an alternative browser.
Best Western Hotel Antoniushof
Safty first! This is our Hygienekonzeptwe take care and make sure your stay will be comfortable and safeWe are looking forward to your stay, your Tamara Posch and family Giffhorn with the team of Antoniushof.

In 2007, the Giffhorn family acquired the Antoniushof Hotel, which has been empty for eight years. Together with their daughter and son-in-law, the Posch family, put new life into the Antoniushof. In the first few years, the renovation of the technical facilities and guest rooms was the top priority. As early as 2009, the hotel was able to participate in the Bavarian Environment+ Climate Pact. In 2010, it was awarded three DEHOGA stars again for the first time.

In 2011, the wellness area was renovated and reopened, so that in 2014 the certification as a three-star superior hotel was another step forward. Many small renovations and maintenance until 2016 led to a steady increase in quality and guest comfort. In addition, the target audience was clearly defined with the conversion to an adult hotel (bookable from the age of 16). The first adults only resort in the Bavarian Forest National Park. "We have specialised as an adult-only hotel in order to offer a suitable holiday experience to a growing target group that would like to travel without children and longs for even more peace and quiet on site. The concept is very well received," describes Ms Tamara Posch.

In 2017 - 2018, all guest rooms and bathrooms, the public area were completely renewed. The logical consequence was that the handover to the children, the Posch family, took place. In 2018, Mrs. Tamara Posch took over the complete management of the Hotel Antoniushof. In the meantime, 2 children have be born. Currently, 3 generations live and work in the Antoniushof.

The hotel has 51 rooms, 36 of which have balconies. The restaurant with beer garden offers plenty of space and uses mainly regional products from the region. True to the motto: "Created with love and served with pleasure".

The wellness area with swimming pool, three saunas, two relaxation rooms, two fitness rooms, a tea bar and sunbathing lawn has the motto "Feel good and relax". Special treatments are offered in an additional beauty area. Free parking is also available in front of the hotel.

Retreat in the Bavarian Forest

The Best Western Hotel Antoniushof is located directly on the southern slope of the climatic health resort Schönberg - with views over the village and direct access to hiking trails. Due to its sunny location on a ridge, Schönberg with its 3,900 inhabitants is also known as the "Meran of the Bavarian Forest". The Bavarian Forest National Park with its unspoilt nature offers opportunities for regeneration or being active all year round. With hiking, walking and mountain bike trails for every taste and level of difficulty, the region is made for sport. 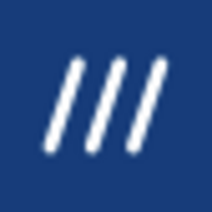